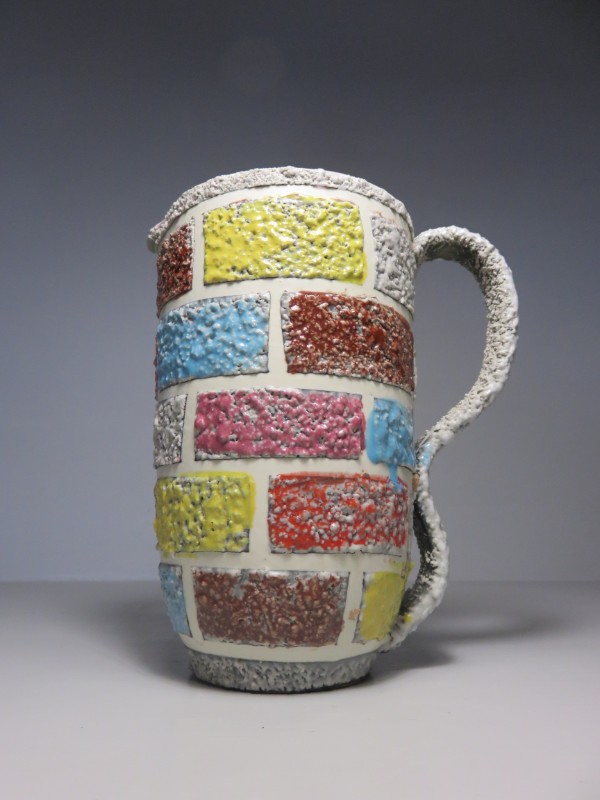 PRESENTING WITH BLOCKS OF COLOUR INCLUDING PINK, YELLOW, BLUE, MAROON AND GREY SPLIT WITH SMOOTH AREAS OF HIGH GLOSS WHITE

THE INTERIOR IS HIGHLY GLAZED IN A BRIGHT PINK TONE

FULLY SIGNED BENEATH WITH “ITALY” ALONG WITH A MODEL CODE “1944”…. POSSIBLY A DATE THOUGH I BELIEVE THIS DESIGN WAS NOT PRODUCED UNTIL THE EARLY 1950’S 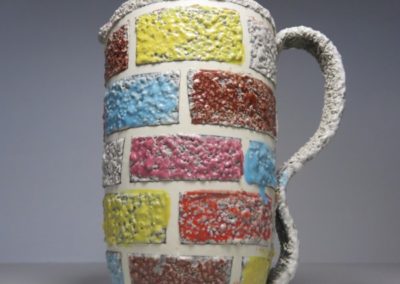 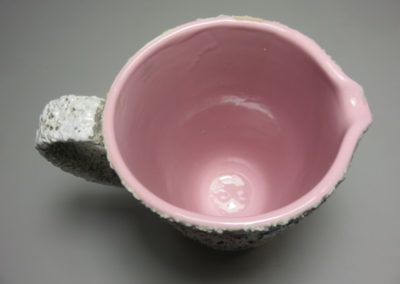 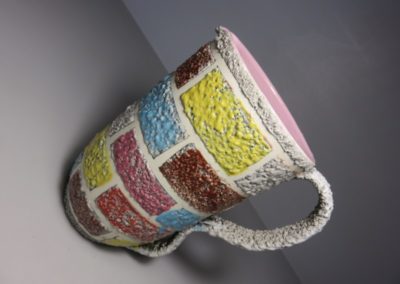 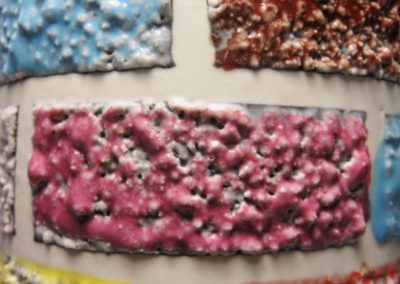 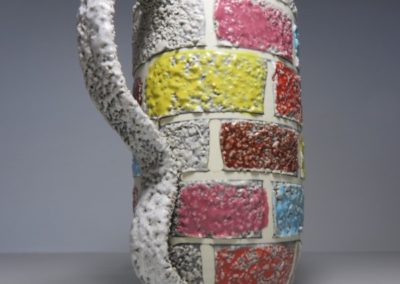 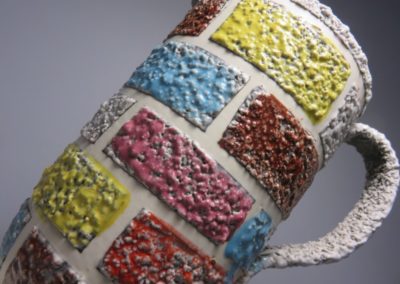 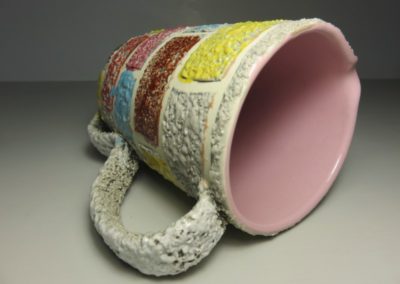 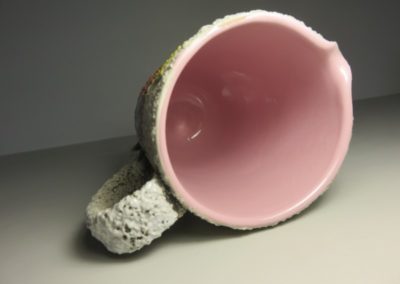 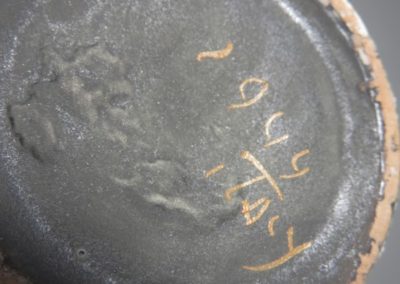 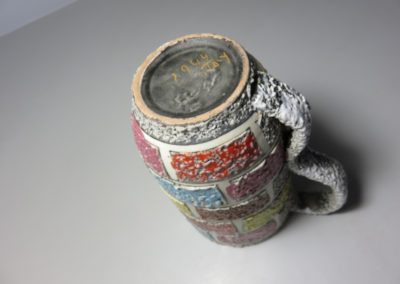 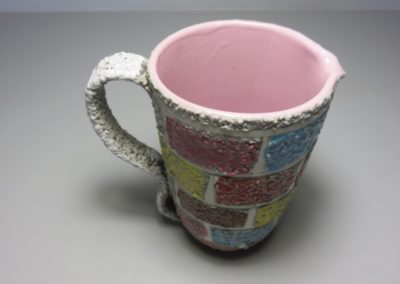 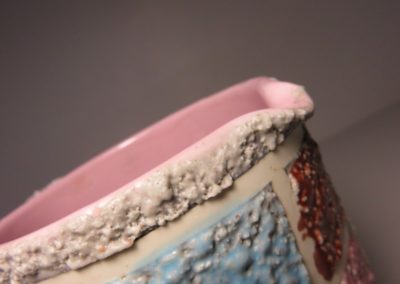 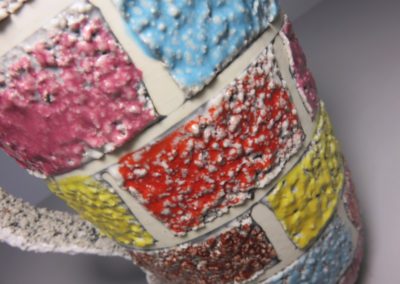 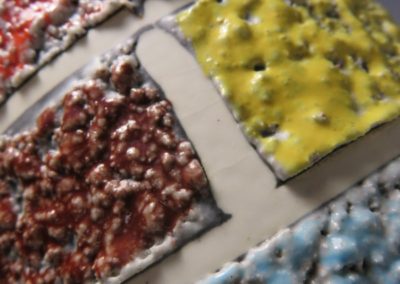 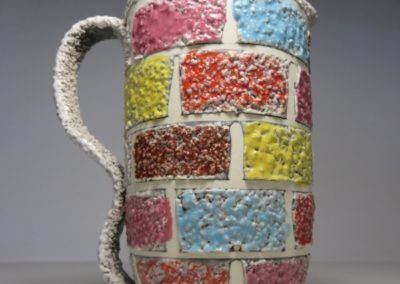 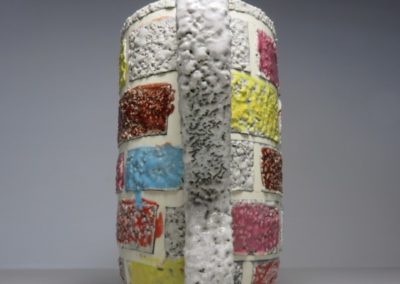 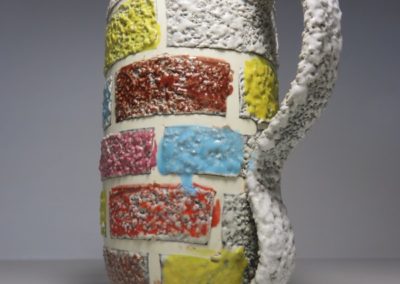 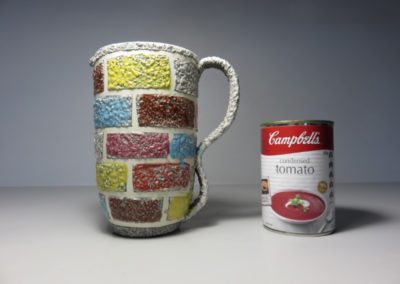 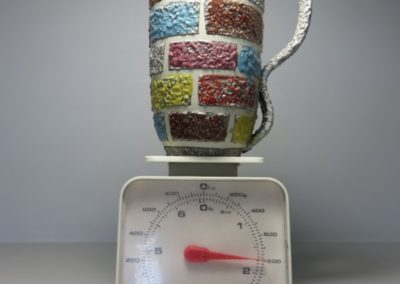